The Sourcetronic Shop offers a wide range of motor controls in different performance classes. Due to the individual combination of the components, the SMC motor control is perfectly adapted to your requirements. Stepless control of e.g. fans, compressors or lathes is made possible. The performance range of the motor control extends from a few kilowatts to many hundreds of kilowatts. Modern sensor technology and control approaches ensure high energy efficiency. The range of functions and ease of operation of the motor control can be expanded enormously by means of add-ons, such as connection to the mobile phone network for remote access.

You can find important information on the subject of engine controls here:

Standardised SMC motor controls for every area of application

Wherever three-phase motors are used, a modern motor control should be considered. This enables stepless regulation of the speed of a motor, which means that the power can be adapted to any requirement. This significantly increases energy efficiency. If you are unsure which components to select for your application, let one of the competent Sourcetronic staff advise you. Once the selection has been made, the motor controls are manufactured exactly according to your specifications. The controls are wired according to standards and tested for full functionality. They are then delivered completely ready for connection. This means that the control unit can be put into operation after a short time. Of course, you will receive a complete documentation for the motor controls, in which all functions and performance features of your control are described.

The essential features of the Sourcetronic motor control units 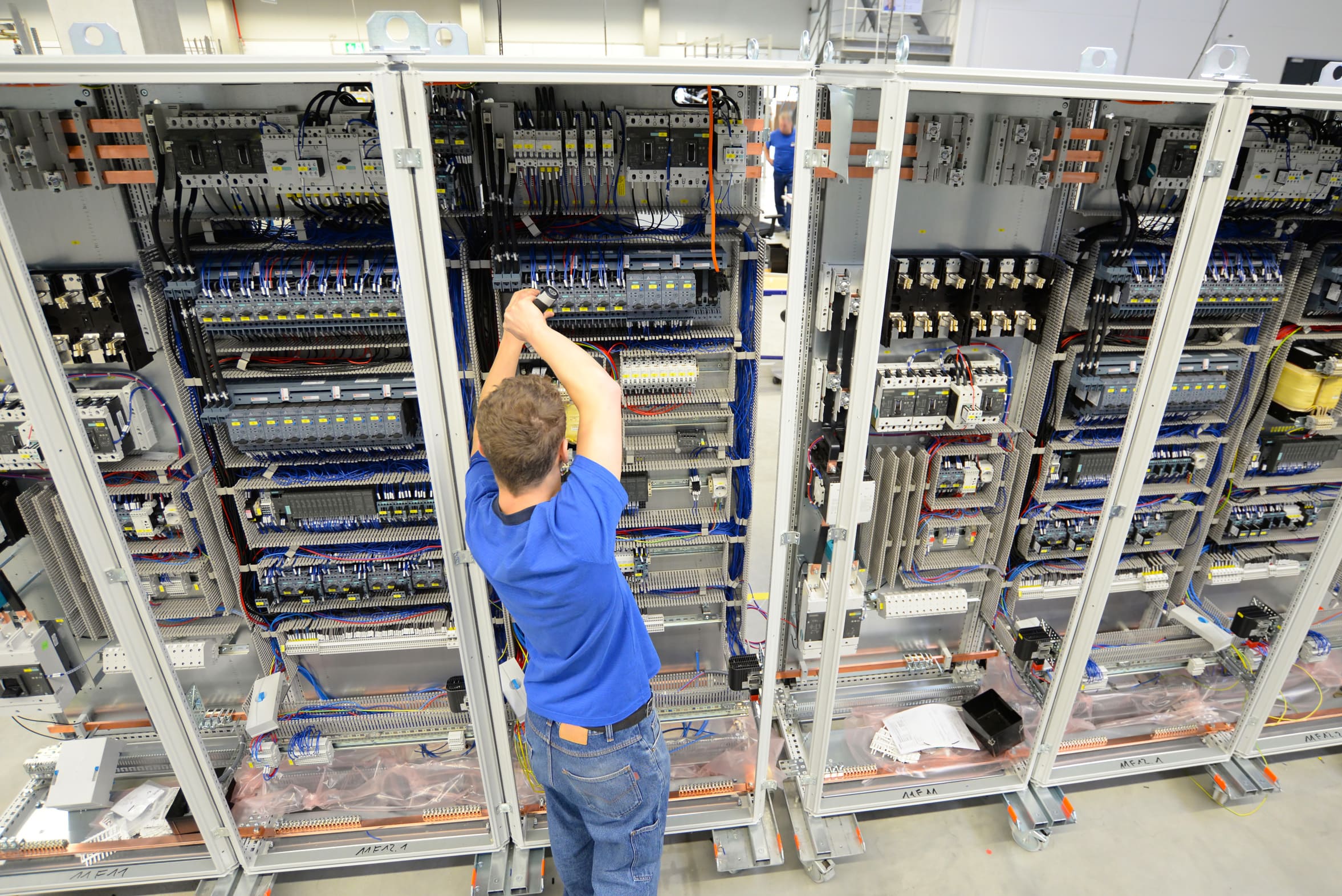 The Sourcetronic motor controls consist of several components that are individually assembled according to requirements. An essential component of the control system is the frequency converter. It enables the speed of the three-phase motor to be controlled precisely and its performance is matched to the motor power. The variable frequency allows the motor to start smoothly. Further elements of the motor control are EMC input and output filters, circuit breakers and additional external elements such as vibration, temperature or pressure sensors as well as measuring transducers. These can also be ordered under accessories. The technology is housed in a control cabinet that can be selected to suit the ambient conditions. It is possible to select the control cabinet so that it protects against the ingress of dirt and moisture and, for example, meets protection class IP66. For compliance with the operating temperature ranges and use under certain ambient temperatures, the control cabinet can be equipped with air conditioning via a fan if required. The motor control is completed by the various operating and signalling elements. Main switches, push-buttons, rotary controls and signal lamps of various types are available for this purpose. Other optional components include time controls, various sensors or GSM remote switching units.

Three-phase motors and their motor controls have become an indispensable part of today's technology. Motors are used, for example, to operate fans or compressors, but can also be found in every lathe. However, their requirements and the motor control differ significantly from each other. Smaller motors have to be controlled quite differently than larger systems with more power. Even the starting and braking process of the different motors differs immensely from the limit values and requires completely different characteristics of the motor control.

What is a "motor control" and what is it used for? 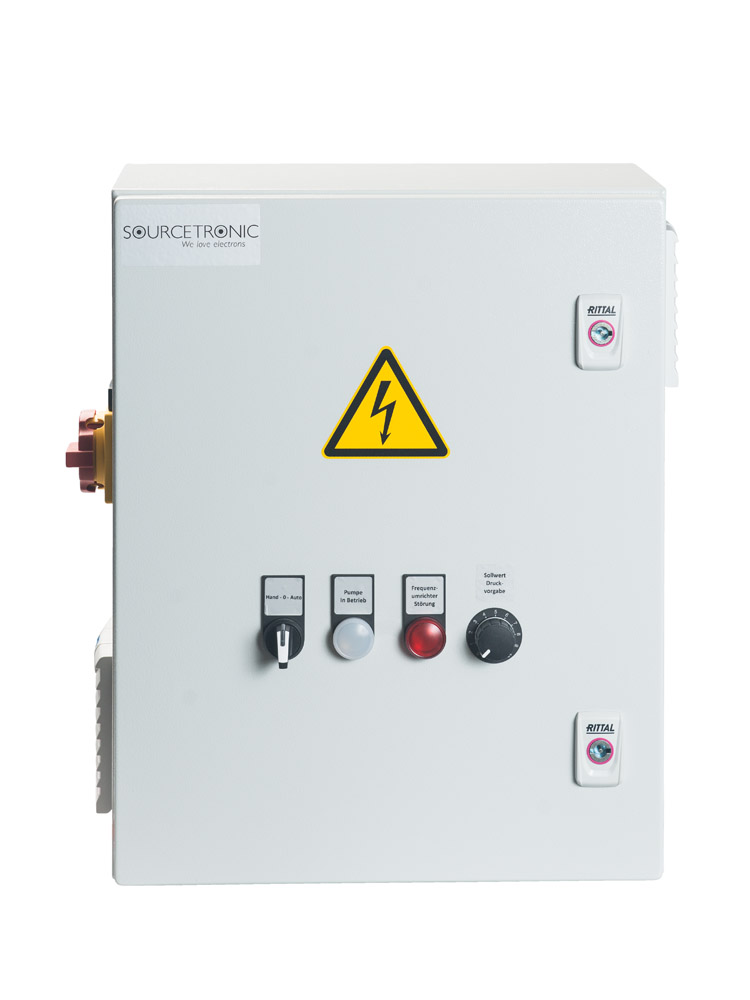 The engine control unit controls the speed and thus the power of the engine. The input variables are given by various sensors, such as pressure sensors, and evaluated directly in the control unit. Information is then triggered in the motor control unit, which then optimally adjusts the speed of the motor. A simple way of controlling motors is to use inverters, converters or FIs. Here, the speed is changed by influencing the amplitude or by changing the frequency. By using converters, a modern control system works very effectively and quickly, which in turn is reflected in the good controllability of the motors.

Controlling the motor with frequency inverters

A frequency inverter is a power converter that generates an output current with variable frequency and voltage from an alternating current in one or more phases. This converted output value is then used to drive and control a three-phase motor. The functional principle of the inverter is that an incoming alternating current is first rectified in its respective phases with diodes and smoothing capacitors as an intermediate variable and then alternated in a controllable manner by means of transistor or thyristor groups. The output frequency and the output voltage/current of the individual phases can be regulated by means of an integrated circuit control. The frequency converter for regulating the motor control can either be integrated in the pump or accommodated in control cabinets. According to the IP protection classes, the control cabinet for the control must provide protection against dust, water, overheating, as well as electromagnetic and mechanical interference.

Advantages of a control with a frequency converter 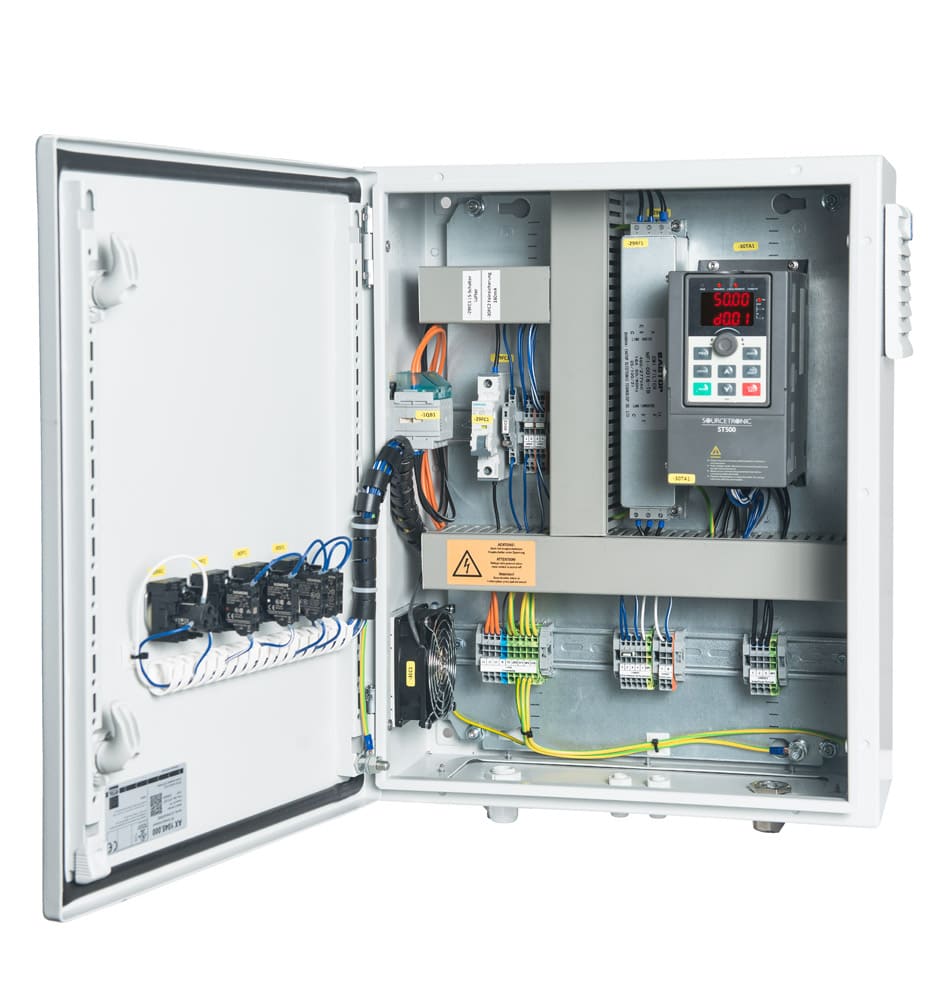 Motor controls come in many forms, but the option of using FIs or frequency converters is one of the most elegant ways of controlling three-phase motors. By controlling the frequency, the frequency converter can, for example, flexibly adapt the speed of a fan to the actual demand requirements. This achieves high potential savings in the energy consumption of the pump system. The control of the pump thus has the property of energy efficiency. Especially in the industrial sector with changing requirements, high savings potentials can be achieved with this. Furthermore, many programmes are available for the motor controls, which are gentle on the motors and thus minimise maintenance costs. Another advantage is the fast controllability of the system. The inverters in the control system react to changes in the sensors in fractions of a second and can adjust and correct them very quickly.

Show categories
Certified according to ISO 9001:2015